For years we relied on the Big Phone Companies for phone services and cell phones were add-ons, not so anymore. Many people, especially those under 25, have ditched the “land-line” to carry a cell phone only. Then there is television? I still have friends held hostage by cable/satellite, who won’t go out on a Thursday evening because ‘Grey’s Anatomy’ is on. Well, I’m a grown-ass man, and I can get my ‘Grey’s Anatomy’ itch scratched whenever I want!
That’s because sometime ago, I joined the growing tribe of entertainment consumers who’ve decided to “cut the cord”. Now my family and I get our entertainment online. We choose what we want to watch and when we want to watch it… and for a lot less money. It’s not only money that I am saving. To me, everything but ‘Weeds’, ‘True Blood’, ‘Bored to Death’ and ‘Episodes’ are NOISE or spam. It just doesn’t make sense for me to pay $60+ a month to turn on the television to find that there is “nothing on”. We all need to reduce waste, don’t we? Why are we paying for cable/satellite and still having to turn to our computers, there is “nothing on”…. Why pay for cable?

The cable/satellite companies better be on alert: although this is a newer trend than the land-line vs cell phone decision, lots of people appear interested. No, that trickle of people making the change has not yet turned into a flood…. but that floods a-coming! Especially since the main obstacles to taking the plunge don’t seem that difficult to get around. Some people feel that the perceived “hassle” of finding the programming is a deal-breaker and for sports fans — well, finding LIVE games is not easily available without cable.

I just wish they would schedule all hockey games to coincide with half-price wing night at the local watering hole. I do love sports, but I haven’t found it difficult to watch games I really want to see and the time is coming when you can buy an online “ticket” to an event directly from the NHL, NBA or NFL etc.

As for hassle – really? Only if you are Google handicapped, but even this is getting easier with the advent of new and always improving NETFIX.

Perhaps the true obstacles might be bandwidth: Netflix EATS bandwidth! Streaming an hour episode requires roughly a gig, which will quickly rip through your basic 20-60 Gig monthly allowance . . .which is fine if you’re only watching a movie on a Saturday evening, but daily use means a big fat bill from Joe cable.

Rest assured that the cable/satellite companies will capitalize, you can expect them to up their usage fees! It wasn’t that long ago you could get unlimited bandwidth… but now and in the future, the companies will make money by charging more for bandwidth to make up what they’ll lose in cable fees or introduce an option of their own as we make this shift!

I have recently Apple TV as our option for watching our favorite shows. We can buy/rent a season or single episodes, along with all movies, added the same day as they arrive at the Movie Rental shop! Bandwidth is not the same issue either, as you download the shows to your computer and stream them via wifi to the small yet inexpensive Apple TV box. With added bonuses like, listening to your favorite playlist and slideshowing your trip to Honolulu all right on your TV in HD.

For our friends south of the border, who have more options than we do in Canada such as Hulu, Boxee, GoogleTV, etc….. I recommend doing your research and educating yourself on the onslaught of choices hitting the market place, gearing up for this paradigm shift in how we view media. This is only the beginning….

So, if you are interested, this is what you can do to see if cutting the cord is an option for you:

In conclusion I would encourage you to break from the norm and explore the exciting new options for your at home media entertainment. The options are not perfect, but they are well on their way! 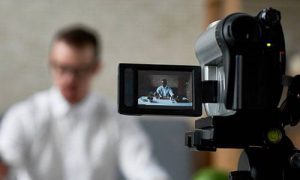 As a business owner or operator, you know how important marketing is. You can’t simply rely on people seeing what services you offer by driving past your business. A good marketing strategy is essential to promoting your business and advertising to the public what you 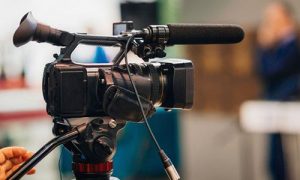 Corporate Videos for Every Type of Business

With technology being very popular in today’s world, it only makes sense that you use it to your advantage.  When you own a business, you can use technology in many different ways to help your business run smoothly, efficiently, effectively, and to bring in revenue 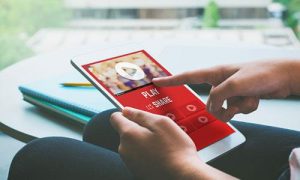 Increase Your Revenue With Help From Video Marketing Companies

As a business owner or operator, you know how important it is for your business to bring in money every month.  Whether you are a dentist, a painter, a software specialist, a salesperson, or own a retail business, you need to find a great way

At Illustrate It, we pride ourselves on our unique ability to storytell and share ideas through the medium of animation.

Get in Touch With Us